Salzburg Austria summer program 2017 was a huge hit.  We had 24 Wake Tech students study abroad.  For information on next years three week summer program contact Jeff Myers at jrmyers@waketech.edu or call 919-795-9264.  This trip will be life-changing for sure.

Student’s can elect to take a business, music and or economics class in the summer 2018. A group of Wake Tech students is enjoying their time in Salzburg, Austria being the first Music Appreciation Study Abroad Class!

Wake Tech Study Abroad students at the Salzburg Cathedral about to enjoy a concert of organ music! Wake Tech Study Abroad students get the inside scoop during their walking tour of scenic Salzburg!

Did you know April fool’s day originated in France?

At least that is the most common theory about the earliest April fool’s celebration.

It began in 1582, when France adopted the Gregorian calendar. Before this time, New Year’s Day fell on March 25 rather than January 1. Those who continued to celebrate the old New Year at the beginning of April were called “fools” by their early adoption contemporaries.

April fools were those who still celebrated the holiday in the spring, and were the subject of pranks and ridicule by those who observed the New Year months ago.

Wake Tech and Salzburg College have approved a summer 2017 study abroad program. Dr. DeMar Neal from Wake Tech will lead 15 students for three weeks to Salzburg Austria, the birthplace of Mozart and the home to the movie, “The Sound of Music.” Dr. Neal will be teaching a music appreciation class in which his students will receive 3 credit hours. Registration is now open for summer 2017 and you may contact Dr. DeMar Neal for further details at daneal1@waketech.edu

MUSIC APPRECIATION (3 hrs)
This course surveys music of the Western World. Emphasis is placed on the elements of music, terminology, composers, form, and style within a historical perspective. Upon completion, students should be able to demonstrate skills in basic listening and understanding of the art of music. Special attention will be paid to the works of Mozart, Haydn, Beethoven, and Schubert, as befits their geographic and historical importance to Salzburg and/or Vienna. Wake Tech is bringing a total of 25 students to Salzburg Austria this year for the summer 2017 three week program.
In 2015 and 2016, we brought eleven students, it has now doubled! This program offers students to take a course, live in the dorms and get emerged in the Austrian culture.
To find out more, contact Jeff Myers at jrmyers@waketech.edu.

We have now added two exciting new trips for 2018.  In addition to our ever increasing Salzburg and Mexico study abroad program, Wake Tech now is heading to both Russia and Guatamala. Check it out.  For more information, please email Jeff Myers at jrmyers@waketech.edu or contact him at 919-532-5629.

Twelve Wake Tech students have just returned back from a three week summer program at Salzburg College in Austria! Next year’s registration is now open.  Please contact Jeff Myers at jrmyers@waketech.edu for more information. We will be taking twelve students again next summer.

STEM students, if you need a quiet place to study, want to connect with other students, or need help with class material, visit a STEM Center or Lab! 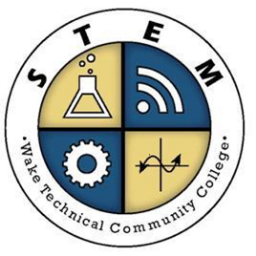 Get up-to-date information on all the STEM activities and resources available at Wake Tech! Explore career options, get help on course material, and experience STEM activities outside of the classroom. Check us out on Facebook and Twitter!